The Ballinalack project is a joint venture between Group Eleven (60% interest) and Shenzhen Zhongjin Lingnan Nonfemet Company Limited (40% interest), one of the largest zinc producers in China, and is located in Counties Westmeath and Longford, north-east Ireland. The property contains what is believed by the Company to be one of the largest undeveloped zinc-lead occurrence in Ireland, after Glencore plc’s Pallas Green deposit, and is located approximately 50km west from the currently producing Navan Zinc-Lead Mine (Boliden AB). 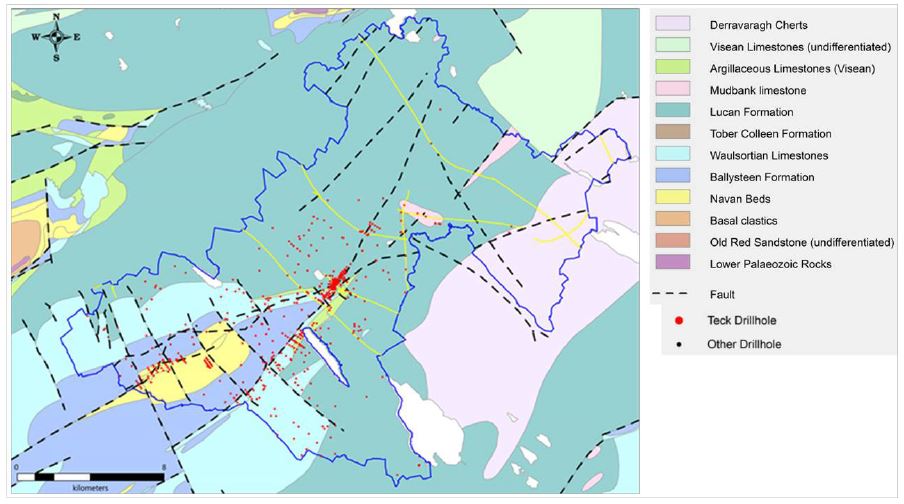 Plan view of the historical estimate and key intercepts at the Ballinalack Project, Ireland 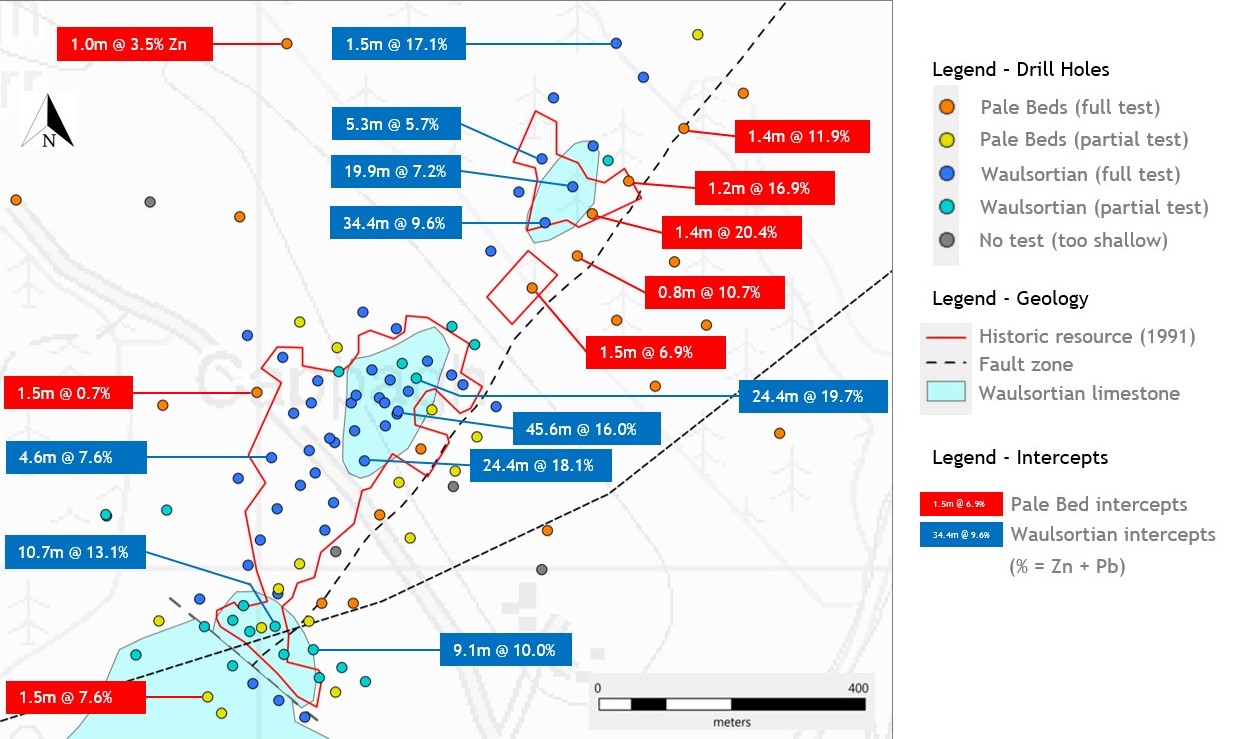 The potential of the Pale Beds immediately below the Waulsortian-hosted mineralization as a host for a significant zinc-lead mineralization has been largely ignored by previous explorers. Historical drilling overwhelmingly focused on the potential for Waulsortian hosted mineralization. There has also been very little follow-up drilling at the footwall Pale Beds, in the immediate footwall zone of the Ballinalack Fault, despite these being highly mineralized. It should be noted that at Navan (the largest zinc mine in Europe), mineralization is hosted in the Pale (Navan) Beds in the footwall of a major fault. An opportunity exists to conclusively test the Pale Beds horizon (believed to be analogous to the Pale Beds hosting the large Navan zinc-lead deposit). Additional opportunity exists via resource definition drilling and testing regional targets. Significant historic drill intercepts include:

* m% = (Zn+Pb)% multiplied by thickness (m); ^ Dip (degrees from horizontal, from collar dip to largest deviation from collar dip, if known); It should be noted that the mineralization varies in morphology across the deposit, with a strong sub-vertical element close to the Ballinalack Fault, therefore to calculate true thickness it is necessary to multiply the intervals given above by between 0.60 and 0.95. Detailed modelling of the mineralisation, using 3D software, will be necessary to accurately estimate true thickness for each individual intercept. Historic drill results have not been verified by a qualified person as the samples forming the basis of such results are not available to the Company and accordingly no quality assurance programs or quality control measures were applied by the Company. 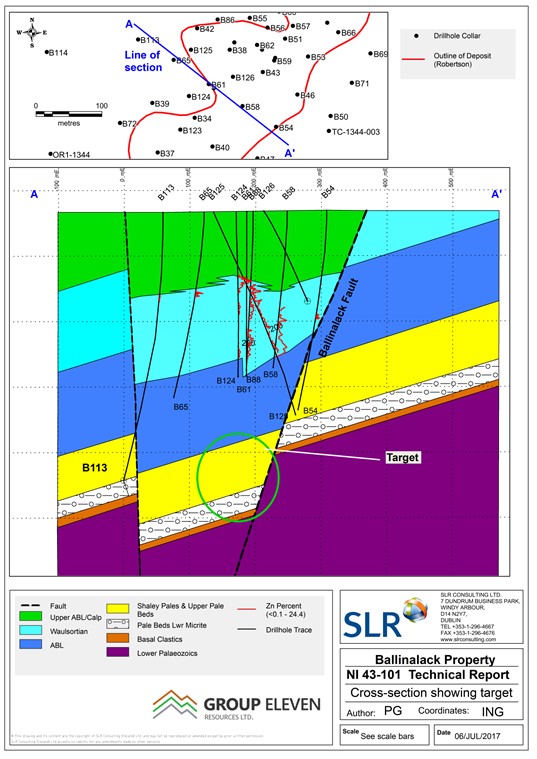 Scientific and technical information in set out in this website has been approved by David Furlong, who is a Qualified Person for the purposes of National Instrument 43-101 and who is the Chief Operating Officer  of the Company