“To have such an extensive, uniform and high-quality data set over the entire 1,200 km2 Stonepark and PG West project is a big step forward for Group Eleven,” stated Bart Jaworski, CEO. “We are excited to now use this information to fast-track and refine our plans for what should be an exciting exploration program in 2020 on this project.”

Details on the Tellus Survey

The survey was managed by the Geological Survey of Ireland and flown by Sander Geophysics Ltd (Canada). Group Eleven contributed approximately 25% of the total cost of the survey. The survey was flown during most of 2018 and ended in March 2019.

The Tellus airborne survey represents the first and only geophysical survey covering the entire Stonepark and PG West zinc projects. Several geophysical surveys were conducted historically in the project area, however, these were much smaller in coverage and much older in vintage (the most recent being from 1998). Key areas of focus summarized above which have so far emerged from Group Eleven’s preliminary ‘first-pass’ analysis of the dataset are shown below (see Exhibit 1). 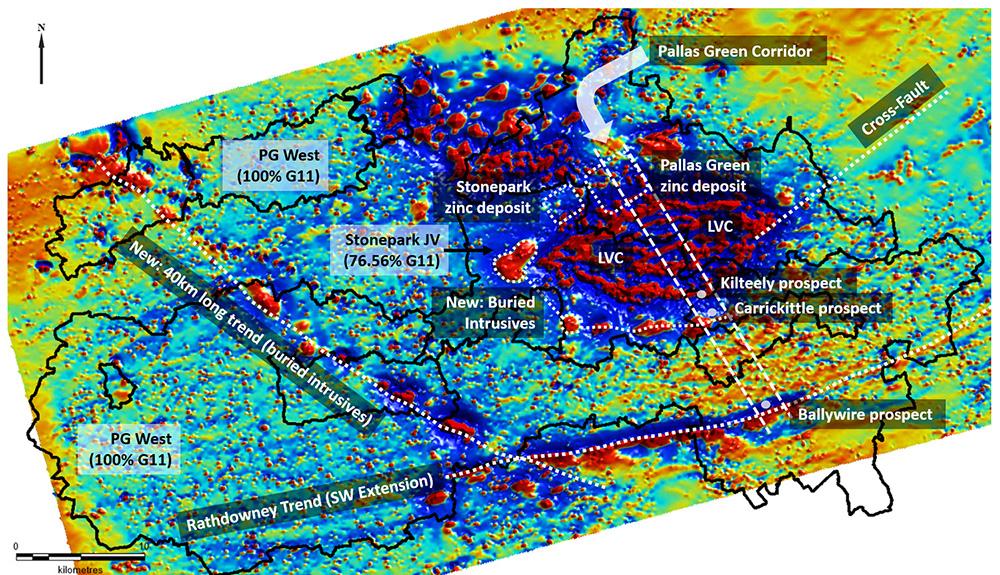